Differences in Versions such as grain vs drink offerings 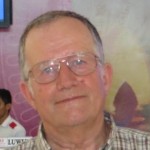 The difference you have pointed out can be traced to one of the situations described below:

How did we do?